Failure to Investigate: A Particularly Bad Problem Within the Flawed Mexican Justice System 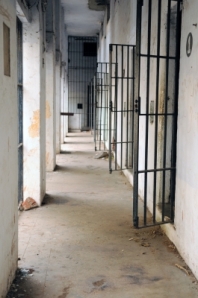 Failure to investigate is well known to be a major cause of wrongful convictions.  Whether it is the police, prosecutors, or defense attorneys, when claims are innocence are not diligently looked into, often the wrong person is convicted and the guilty go free.  Even more reprehensible are situations where a crime wasn’t even committed and an innocent person is incarcerated.

Take the case of Guillermo Verduzco.   On September 20, 2013, in Mexico City, police arrested him for violent assault.  Verduzco was forced to spend nearly three months in jail before he was even allowed to see a judge.  After grueling months of waiting to be heard, the judge ruled the crime never took place and ordered his case be dismissed.  The alleged victim, Víctor Alberto Martínez, claimed Verduzco stole his cell phone during the assault, but he couldn’t describe the phone or even give his phone number to prove the phone’s existence.  Martínez claimed he was stabbed, but there were no injuries or a knife found. And, Verduzco had four solid alibi witnesses.

The defense made numerous attempts to hold a hearing for Verduzco after his arrest, but the hearings were rescheduled because neither the police nor the victim appeared.

To make matters worse, the media has reported that only four hours after Verduzco was arrested, a group of people, accompanied by the police, appeared at Verduzco’s home to claim it as their own saying they were the “new owners” of the home “because it was abandoned.”  Verduzco was forced to move to Ciudad Juárez in Chihuahua and claims he can no longer live in his home because of police threats.

Failure to investigate causes wrongful arrests and convictions around the world. In Mexico, these failures have particularly bad consequences when a defendant must wait months for a day in court and there is little confidence the police will conduct an unbiased investigation.