My previous post on Govinda Mainali’s Case here. This is a 1997 case where a Nepalese man was convicted of killing a woman in Tokyo. 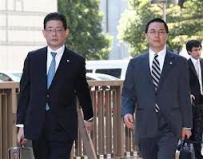 The retrial was held on October 29th at the Tokyo High Court.  The prosecutors argued for Mainali’s innocence, saying that Mainali was accused of a crime he did not commit. The court will hand down the ruling next week, on November 7th. The prosecution will not appeal the not-guilty ruling, and the decision will be finalized soon.

Mainali’s case will be the 8th case in Japan after WWII where the defendant was declared innocent after the retrial in a death penalty/ life imprisonment case.

Takayuki Aoki (Tokyo High Prosecutor’s Office) made a comment after the retrial. He said that the investigation and the first trial itself were not problematic. He did state that he is sorry that Mr. Mainali was wrongfully accused and detained for a long time as the perpetrator. However, there was no apology given from the prosecution at the retrial hearing. They still take the position that the their accusation was inevitable, and the circumstances have changed since the new DNA testing results became available.

Typical problems surrounding the Japanese criminal justice system were present during the course of the trial and the retrial of the Mainali case: lengthy detention during investigation, interrogations coerced by the police and prosecutors, prosecutors appealing the decision to grant retrial, and non-disclosure of exculpatory evidence by the prosecution. It is reported that the police and prosecutors will not hold a thorough investigation of what went wrong in this particular case. If we sincerely regret what happened and are determined to never let it happen again, shouldn’t we thoroughly examine the cause of wrongful conviction in each and every case?

Stories on Mainali’s retrial here and here (in English).

One response to “Prosecutors Argue for Mainali’s Innocence”