Pre-requisites for a safe Criminal Justice System I: GOOD Science. 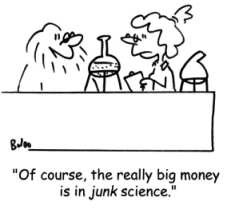 Time and again, we are reminded that ‘junk science’ can so easily lead to injustice. This need not just be wrongful convictions, but can damage confidence in the justice system in many ways, including giving false hope to victims. However, it is shocking to still see cases where BAD science can lead to people being wrongfully convicted. It is still happening daily around the world. In the US, ‘bite mark’ evidence is still being used to convict, EVEN when the bite mark evidence given at trial is later reversed by the same experts  – read the shocking story here….

Fortunately for one suspect – DNA evidence came to his rescue – albeit 3months after his arrest and imprisonment on child rape charges. The suspect had been identified by the victim AND failed a lie detector test, but was eventually freed when DNA testing that he had pleaded for, linked to another convicted felon who lived nearby. The Prosecutor had only reluctantly agreed to DNA testing, stating previously that it would be ‘a waste of taxpayers money’. Read here…

This is a shocking reminder that prosecutors and governments as a whole, often think of forensic science as a ‘cost’ that can be cut. This is playing out now in the UK, with the ongoing cost-cutting which has seen the closure of the Forensic Science Service and full privatisation of the forensic science ‘market’, as well as the slashing of police science budgets. Now, finally, the media are reporting on the shocking delay in the UK of utilising advances in DNA profiling. Read more here….

How long before we are counting the cost in terms of wrongfully convicted individuals?

One response to “Pre-requisites for a safe Criminal Justice System I: GOOD Science.”