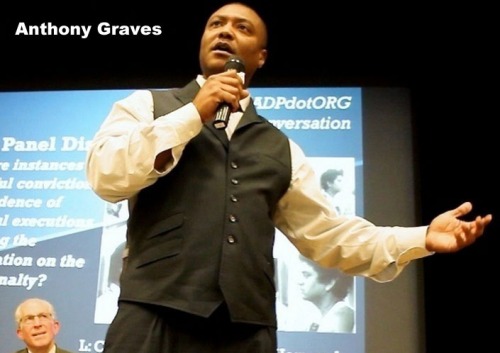 Yet another case of egregious prosecutorial misconduct.

Anthony Graves was wrongfully convicted and sentenced to death for a gruesome multiple homicide that occurred in Somerville, TX in August of 1992.  He was ultimately exonerated and released from prison in 2010.

The prosecutor in the case, Charles Sebesta, under intense public pressure for a conviction of Graves with a death sentence, ignored all evidence pointing to his innocence,  pressed ahead, and, as the special prosecutor appointed to handle Graves’ retrial said, “Sebesta manufactured evidence, misled jurors and elicited false testimony.”  The special prosecutor laid the blame for Graves’ wrongful conviction squarely at the feet of Sebesta.

Anthony Graves and the Houston law firm of Bob Bennett & Associates will file a grievance with the Texas Bar’s Office of the Chief Disciplinary Counsel seeking sanctions against Sebesta for his central role in Graves’ wrongful conviction and imprisonment.

You can see the full press packet here.

Editorial PS:  I think it’s tragic that Mr. Graves has to pursue redress through the Bar Association.  He should have remedy available through the courts.