Mexican Exoneree Sets Himself on Fire

On March 8, 2014, José Guadalupe Macías Maldonado died.  Macías, a 59 year old exoneree, set himself on fire as a protest for the lack of economic support the Government of the State had allegedly promised him when he was exonerated and released. 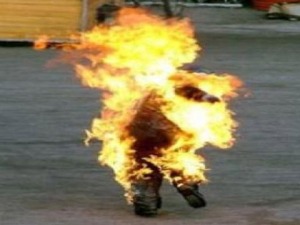 The tragic episode took place on March 7 in the Civic Center Plaza of Mexicali, Baja California (Mexico).  Mr. Macías shouted that the Government of the State had lied to him by promising him economic support.  He soaked himself in gasoline and set himself ablaze. Police officers were able to extinguish the fire, but not before it caused fatal injuries

Mr. Macías had been convicted of murder in 2002, despite his continuous claims of innocence.  In January 2013, the Superior Court of the State exonerated him on the basis that there had been mistakes in the investigation conducted by prosecution (Procuraduría General de Justicia).

Several days before Mr. Macías’ suicide he filed a complaint against the Government of the State claiming 10 million pesos for the pain and suffering caused by his nearly 11 years of wrongful incarceration.

This is an absolutely tragic example of how injustice can end in the worst possible way.

This entry was posted in Latin America. Bookmark the permalink.

4 responses to “Mexican Exoneree Sets Himself on Fire”