The Colombian Administrative Supreme Court (Consejo de Estado) has granted Pablo Enrique Zamora and his family 1,000 million pesos for the pain and suffering caused by his wrongful conviction and subsequent ten-year incarceration. 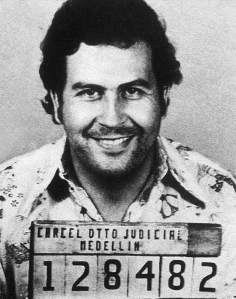 Enrique was thought to be involved in the murder of the well-known journalist Guillermo Cano Isaza, head of the daily newspaper El Espectador. His tragic death took place in 1986, the murder allegedly ordered by the leader of the Medellin Cartel, Pablo Escobar, in response to the newspaper’s strong position against his drug trafficking criminal activities.

After nine years of investigation, in a procedure fraught with irregularities, Enrique, and two others, were convicted of conspiracy to commit murder and subsequently sentenced to sixteen years in prison. However, after Enrique served ten years in prison, the Supreme Court of Colombia exonerated and released him, concluding that he had been wrongfully convicted.

In its ruling the Colombian Administrative Supreme Court (Consejo de Estado) recognized that, at the time, the judicial authorities were moved by the intense pressure of the media that surrounded the case and that the evidence was not probative. The court also ordered the Judicial Branch to implement judicial training to try to prevent wrongful convictions in Colombia.

This entry was posted in Latin America, Uncategorized. Bookmark the permalink.