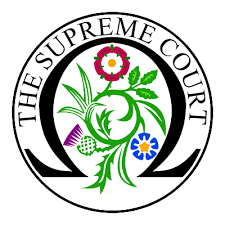 The Supreme Court of England and Wales has today ruled in the case of Kevin Nunn, an important ruling concerning the right of a convicted prisoner to access evidence in his case after he has been tried, and lost an appeal. Nunn had applied to the CCRC, claiming to be innocent of the murder of his girlfriend in 2005. Nunn is serving a life sentence for the murder. The CCRC denied a request to DNA test fluids found on the victim’s body. Nunn then applied through the Courts to gain access to the evidence in his case to have it re-tested (at his own expense). The Supreme Court this morning were ruling on whether he had the right to demand this evidence from the police and Crown. The full ruling (of just over 9 minutes) can be watched on YouTube here…. There has been some reporting of this morning’s judgement here…

There has also been a blog post, expressing unease – particularly as it lays a heavy burden upon the CCRC, who have not been known in the past to always make the right decision with regard to the re-testing of evidence. see here….

I have jotted down a very quick summary of the main points of the unanimous judgement (which was mercifully short).

This appeal concerns the extent of disclosure duty AFTER the close of the case and any appeal. Police declined to keep going back to the evidence. Were they allowed to take this stance? Were they under the same duty of disclosure?

Unanimous decision that duty of disclosure does NOT continue unaltered after the trial. Up until end of trial he is presumed innocent. Once convicted he is no longer presumed innocent, but rather is proven guilty.

There is a duty of disclosure but it is now more limited after trial. Guidelines issued by AG set out rules. Police and prosecutors must provide defendant with anything new if it casts doubt on the safety of the conviction. They must cooperate in further inquiry if the new inquiry has a real prospect of casting doubt. Not speculative reinvestigation simply because the defendant does not accept the decision of the jury.

In England and Wales, and Scotland, there is a specialist body charged with investigating suspected miscarriages of justice (CCRC). The existence of this body is another reason why there is no occasion for the Crown’s duty of disclosure to continue unaltered after conviction. If there is a proper inquiry on a topic where these is a real prospect that the conviction might be shown to be unsafe, the police and prosecution ought not to wait for an approach from the CCRC, but should cooperate in the inquiry.

If DNA retesting had a real prospect of showing that someone else committed the crime, then the continuing duty of disclosure would apply to it. on the facts of this case, it would not. It was known at the trial that the fluid could not have come from the defendant. Retesting in this case would not eliminate the defendant. A request for DNA testing should be dealt with according to the principles set out under the AG Guidelines.

This entry was posted in Forensic controls, Legislation, United Kingdom. Bookmark the permalink.