Serious concerns about forensic science standards in the UK.

Posted on February 23, 2017 by Carole McCartney | Leave a comment 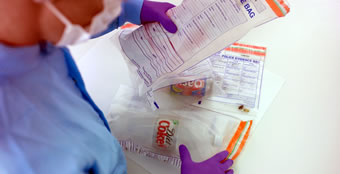 In England and Wales, since the closure of the Forensic Science Service, forensic testing has been undertaken by a number of private companies. At the time of the privatisation, many warned that introducing a profit-motive into forensic science could have perverse outcomes. Many were concerned about falling standards and ‘bargain basement’ outfits doing shoddy work. Some of these concerns look to have been justified, with news this week that two men have been arrested after the discovery that they have manipulated alcohol/ drug test results used in both the criminal and family courts. The media have reported that almost 500 cases are being reviewed to see if an injustice has occurred. Already, there is one reported instance of a case being dropped because the results of the drug tests cannot be relied upon (First case dropped since forensic science blunders as CPS says it cannot proceed)

While the news of the arrests and falsified rest results have received wide coverage, (see here…. and here… and here…) it comes hot on the heels of a critical report by the Forensic Regulator that iterates that “standards may be at significant risk” (see here. ). The 2016 Annual Report details major failings in the previous year, and warns of the financial pressures that are putting forensic quality at risk, with many police forces still not fully signed-up to minimum standards. Read the report here….    The press release stated that: A lack of funding to improve forensic science is jeopardising the integrity of the criminal justice system. Read the press release here….

With financial pressures on companies, and pressures on workers within those companies to ‘perform’, the risks to forensic science integrity in the UK is obvious. However, it is not limited to the UK and also encompasses all forensic evidence – as concerns grow about the quality of digital forensics in the US as just one example: Bargain Basement Digital Forensics Examiners – Too Good to be True.

The lesson – one that those dealing with wrongful convictions have known for years – is that forensic science cannot be done ‘on the cheap’, and attempting to do so puts the entire legal system in jeopardy.