After a 32-year battle to clear his name, Su Pin-kun can finally claim the title of “exoneree.”

Su’s saga to gain justice has been one of the best known in all of Taiwan. Working with the Taiwan Innocence Project, his full exoneration was finalized with an overturned verdict on Aug. 27. 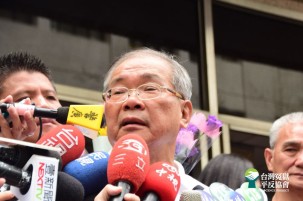 Su, now age 69, was originally sentenced to serve 15 years after being found guilty on charges of robbery and attempted murder in 1987, based on the testimony of a co-defendant who had pled guilty. Yet Su has steadfastly maintained his innocence from the time of his arrest, despite being subjected to treatment during interrogation that included waterboarding, sounding an air raid siren while it was being held to his ear and repeated kicks to the area of his waist.

Being aware of how Su was being treated, his co-defendant confessed to the crimes to avoid similar punishment. He subsequently recanted both his own confession and absolved Su of any guilt in later court hearings.

Su was released from prison in 2000, when Taiwan’s president took the unprecedented move of granting him a special executive pardon, annulling both his conviction and his sentence. However, Su did not consider his pardon to have the same weight as a judicial exoneration, so he continued to pursue relief from the courts.

The Taiwan Innocence Project joined his case in 2017 and successfully petitioned the High Court (the appellate court level in Taiwan’s judiciary) to grant Su a new trial. The prosecution appealed, claiming a new trial was unnecessary since his conviction had already been annulled, but the Supreme Court of Taiwan took up the appeal.

After empaneling a special consultative body of law scholars from Germany, Japan and the United States, Su’s request was for a retrial was granted. The trial proceeded at the High Court level with both the prosecution and defense in agreement that Su was innocent of the charges. Su’s co-defendant, who had initially implicated him, also took the stand and testified that neither he nor Su had anything to do with the crime, but that he had implicated both of them to avoid the possibility of torture. 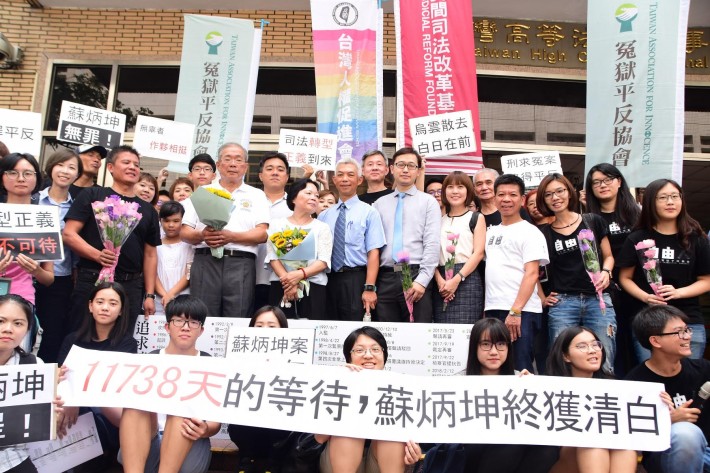 Innocence supporters celebrate with Su after his victory.

Su finally received a not guilty verdict from the justices of the High Court in early August, with the exoneration becoming final last week. The final chapter in his case coincided with the Taiwan Innocence Project hosting the Annual Conference on Wrongful Convictions and Innocence Projects in Asia last week, bringing together those working to prevent wrongful convictions in five different nations.

In ruling for Su, the justices cited three factors behind their decision: the fact that Su had been tortured by the police in trying to gain a confession; the fact that prosecutors failed to conduct a full investigation of their own, simply accepting the version offered by the police of who was responsible for the crime; and their ultimate conclusion that the principle of presumption of innocence was violated.

According to reporting by Taiwanese media, the judges wrote in their ruling, “Su was wrongfully convicted more than 30 years ago and had suffered a lot of physical pain and torment throughout this period. The panel sympathizes with Su for what he has gone through.”

This entry was posted in Asia, Exonerations, Uncategorized. Bookmark the permalink.