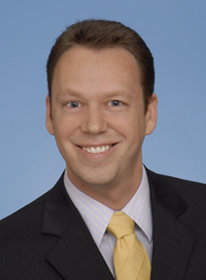 In 1989, Ada JoAnn Taylor was accused of murder and presented with stark options. If she pleaded guilty, she would be rewarded with a sentence of ten to forty years in prison. If, however, she proceeded to trial and was convicted, she would likely spend the rest of her life behind bars. Over a thousand miles away in Florida and more than twenty years later, a college student was accused of cheating and presented with her own incentives to admit wrongdoing and save the university the time and expense of proceeding before a disciplinary review board. Both women decided the incentives were enticing and pleaded guilty.

That Taylor and the college student both pleaded guilty is not the only similarity between the cases. Both were also innocent of the offenses for which they had been accused. After serving nineteen years in prison, Taylor was exonerated after DNA testing proved that neither she nor any of the other five defendants who pleaded guilty in her case were involved in the murder. As for the college student, her innocence is assured by the fact that, unbeknownst to her, she was actually part of an innovative new study into plea bargaining and innocence. The study, conducted by the authors, involving dozens of college students, and taking place over several months, not only recreated the innocent defendant’s dilemma experienced by Taylor, but revealed that plea bargaining’s innocence problem is not isolated to an obscure and rare set of cases.

Strikingly, the authors’ study found that over half of the participants were willing to falsely admit guilt in return for a perceived benefit. This finding not only brings finality to the long-standing debate regarding the possible extent of plea bargaining’s innocence problem, but also ignites a fundamental constitutional question regarding an institution the Supreme Court reluctantly approved of in 1970 in return for an assurance it would not be used to induce innocent defendants to falsely admit guilt.

This entry was posted in False confessions, Scholarship. Bookmark the permalink.