Two rulings in the last couple of weeks in the English Court of Appeal and the European Court of Human Rights have dealt a blow for those trying to obtain compensation for their wrongful convictions. In previous posts (here….  and here…) I have detailed the efforts of Barry George (wrongly convicted of the murder of 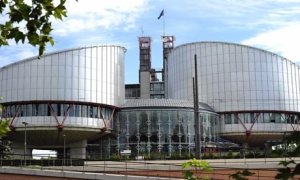 Jill Dando who served 8 years in prison) and Lorraine Allen (imprisoned for killing her son before being exonerated having serving 3 years in prison). However, both have had their appeals rejected.

At the Court of Appeal, Barry George was refused the right to appeal the decision in January 2013 that the State need not compensate George because he could not demonstrate that he was completely innocent. See latest decision here:

In a further blow to victims of miscarriages of justice, Lorraine Allen lost her case at the European Court of Human Rights. The Court repeated the mantra now emanating from policy makers and judges, that you do not deserve compensation unless you can prove your innocence – so compensation can be denied to those ‘not innocent enough’. The Court concluded that “the existence of a miscarriage of justice had not been established beyond reasonable doubt”. Thus denying her any right to compensation.  Read more here:

This entry was posted in Compensation/Exoneree compensation, United Kingdom. Bookmark the permalink.

4 responses to “Bad news from Europe on wrongful conviction compensation”