Posted on November 22, 2017 by Carole McCartney | Leave a comment

Back in February 2017, I blogged about concerns surrounding the quality of forensic science services in the UK (Serious concerns about forensic Science standards in the UK). Perhaps predictably then, UK law enforcement and courts are now facing a scandal that on first appearances seemed to be limited in potential impact, but is now said to involve up to 10,000 criminal cases (Police review 10,000 cases in forensics data ‘manipulation’ inquiry). 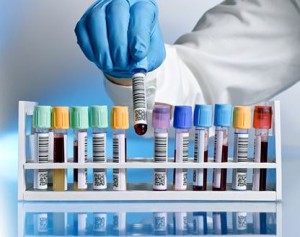 Since 2012 all UK forensic science providers are private, for-profit, companies – some are not even UK companies – (see LGC divests its forensics division to Eurofins).  In January 2017, after a ‘whistleblower’ contacted police, concerns were raised about the manipulation of toxicology test results from a private laboratory and a criminal investigation was launched. The company – Randox Testing Ltd – had previously bought another company – Trimega – where there had been serious errors and quality failings noted since 2010. The previous highly criticised company, had employees who then went to work for Randox, whereupon the same problems seem to have continued.

The previous company specialised in child protection and family court cases, where children may have been removed from parents based upon flawed drug or alcohol tests. They also undertook work for private companies and public sector bodies, undertaking work such as employers testing their employees for drugs etc. A government minister has conceded that it may never be possible to identify the true number of Trimega customers affected, due to poor record-keeping, and that its samples cannot be retested.

It was anticipated that the cases from Randox would be limited to traffic offences, as the laboratory specialises in alcohol and drug testing for police forces. However, while three-quarters of the cases are traffic offences (7500) – albeit some of the most serious including causing death by dangerous driving (150) – the other quarter involve serious violent (250 murders) and/or sexual offences (up to 1000, including rape) and some 500 relate to unexplained deaths. So far, none of the more serious cases appear to have been affected, but it is admitted that it may take up to 3 years to go through all the cases, due to a lack of forensic testing capacity in the UK.

A police spokesman this week stated that: “Understandably, confidence in the criminal justice system will be rocked, but I am confident that chief constables and the CPS [Crown Prosecution Service] in particular are doing everything they can to deal with this unforeseeable challenge, affecting both live and historic cases…. We have worked at pace to respond to this serious breach of standards and take action in cases where people’s lives could have been affected,… We are striving to complete all cases requiring retesting as quickly as possible so we will continue to explore ways of speeding up the processes.”

Meanwhile a senior MP has said: “It is clear the chaotic reorganisation of the forensics system, including the closure of the Forensic Science Service, has left providers who were simply not fit for purpose to fill the gap. This has had devastating consequences.”

Two employees of Randox have been arrested with a further 5 interviewed under caution by police.  The UK Forensic Science Regulator, tasked with ensuring standards across the entire provision of forensic science in the UK has said all major forensic toxicology suppliers were asked to carry out a detailed audit to ensure the issue was not more widespread, but that investigations uncovered no data manipulation, adding: “I’m not going to speculate on any motives because obviously there is an ongoing criminal investigation, but we cannot just say it was a minor technical issue.”

Even if you were not concerned about individuals who may have perhaps received a drink-driving conviction that they did not deserve, albeit such a conviction can have serious consequences, the doubts over the testing has already led to up to 50 drug- and drink-driving cases being dropped because the prosecution can no longer be sure of their evidence. Many more may still have to be halted or re-testing ordered where possible. There are also serious cases involving deaths that have now been referred back the Court of Appeal.

One of the major difficulties is that in many of these cases, suspects will have been under pressure to plead guilty, particularly because there will have been no legal aid available for them to order their own re-testing of samples. One defence lawyer has said: “This is going to blow the whole thing wide open. With cuts to legal aid we don’t always have the resources to challenge scientific evidence. Sometimes you have to take the science at face value… There is a lot of pressure on defendants to plead guilty, the system is stacked against the defence… ” This is the situation in almost all but the most serious criminal cases across the country. With the legal aid system almost non-existent, and the criminal justice system grinding to a halt through severe under-funding and further budget cuts on the way, it may increasingly be the case that any prosecutions that involve forensic evidence will get ‘waived through’ as there is no funding (nor time) for defence testing or scrutiny. In such a situation, we are completely reliant upon the Forensic Regulator to ensure and enforce standards, and for forensic providers to never make mistakes… or act fraudulently. If history – and wrongful convictions – tell us anything, it is that 100% reliance upon ‘standards’ and the professionalism and infallibility of humans is foolhardy in the extreme. This scandal should remind us that we need more safeguards in criminal justice – not fewer.

Convictions in doubt as more than 10,000 cases could be affected by data manipulation at forensics lab